Higher deployments and improved economies of scale have pushed down the costs of battery storage systems to unprecedented levels, making the economics of PV plus batteries more compelling than ever. Those were the conclusions of a recent webinar.

However, assessing the financial viability of batteries is a complex matter involving many variables such as application, usage, and system lifetime. In most markets, integrating battery storage with large scale PV is still not quite cost-effective. But this might be about to change thanks to cost reductions brought about by economies of scale.

Battery deployments are set to spiral from 2.9 GW in 2016 to 45 GW in 2025, according to BNEF estimates. Considering the close relationship between cost reductions and deployments, such growth is likely to push costs further down. What is more, real deployment figures will dwarf these estimates, because they leave out second-life electric vehicle (EV) batteries, argues Jason Deign. Many EV batteries are being refurbished and integrated to PV systems, among other uses. Adding up new and second-life battery deployments would push total installed storage capacity to over 60 GW by 2024. 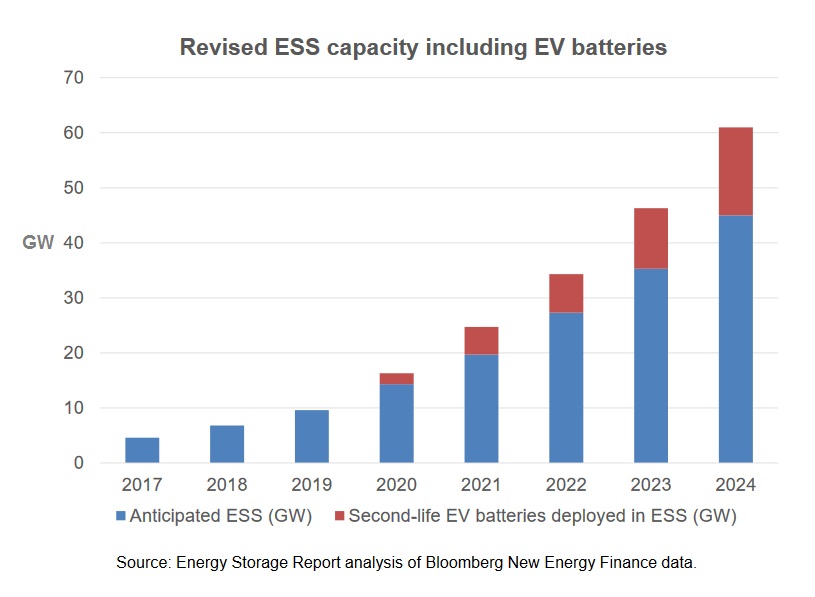 Other speakers share this optimistic outlook. “Most developers we are working with are integrating batteries to their PV projects”, said Óscar Pereles, General Manager at ATA Renewables. “PV is seeing exponential growth and I believe that most PV projects will have integrated battery systems”. According to Pereles, costs have halved in the last five years. “In 2013, when we worked with Puerto Rico’s utility in the integration of battery storage systems, a 1 MW / 420 kWh system cost about US$ 1 million. Now the same system would cost about half.”

Valtz Grintals, from Delta Energy, highlighted strong growth of battery storage systems in Australia, Canada, France, South Africa, UK, and USA. Each market responds to different drivers, in France most batteries were deployed in microgrids on overseas island territories. On the other hand, frequency response applications drive the UK market. “We see Australia as a leading emerging market, more than 50% of new projects include a combination of PV plus storage” said Grintals. 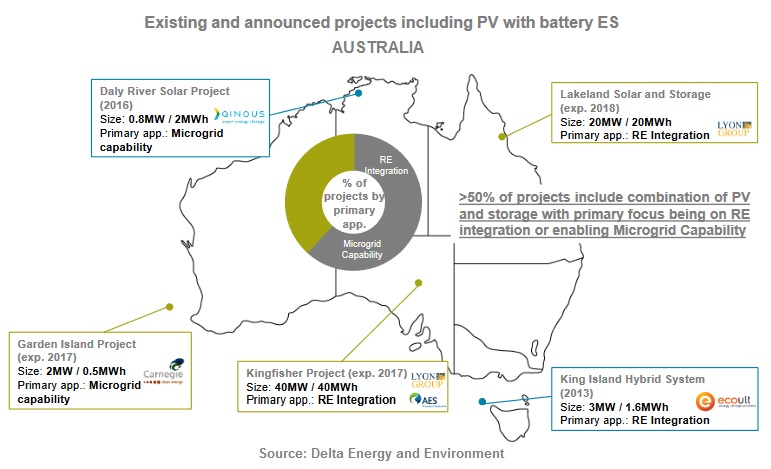 With regards to technology, all panelists agreed that lithium-ion is the leading technology. However, Grintals argued that flow batteries are well positioned to challenge lithium ion in the market for long duration storage (4 hours or more).

Because of their variability, PV and Wind can reach peak production when demand is low, leading to overproduction and leaving the operator no choice but to disconnect the renewable generator from the grid. This practice, known as curtailment, leads to wasted energy. Integrating batteries to variable renewables is one way to prevent curtailment, as the excess power can be stored and then dispatched when needed. This allows a higher share of renewables generation into the grid, displacing fossil fuels. “In Graciosa island (Portugal), the addition of a battery park has enabled savings of more than 2 million liters of diesel per year” said Burak Türker from Younicos, referring to a case study of a 4 MW / 3 MWh battery park installed in one of the Azores islands, which obtains electricity from both PV and Wind.

In January 2017, Kauai Island Electric Cooperative (KIUC) signed a deal with AES to purchase electricity at $0.11 per kWh from a 28 MW PV plant with an integrated battery storage system (20 MW, 100 MWh). “The project delivers power to the island’s electrical grid at significantly less than the current cost of oil-fired power and should help stabilize and even reduce electric rates to KIUC’s members” declared KIUC’s president and CEO in a press release.

The webinar “How to select the best batteries for your PV with storage project” was organized by ATA Insights, Clean Energy Business Council, Energy Storage Report, and MESIA. 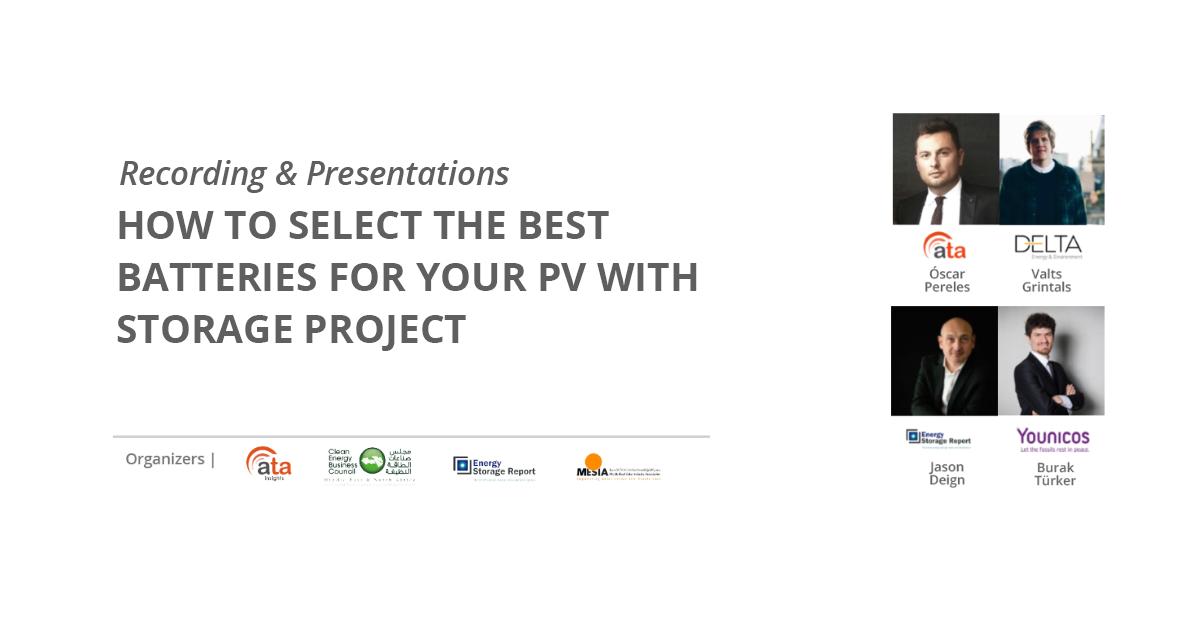